Yesterday, I attended the Ron Paul rally at Charleston Park in Mountain View, CA. I won’t go into the content of his speech , since you can watch on the whole thing on Youtube. Now on to the pictures!

Nothing breaks the ice at a political rally better than a cute puppy with a “Stop the Tyranny sign.

It probably didn’t hurt that his(?) owner is a hottie: 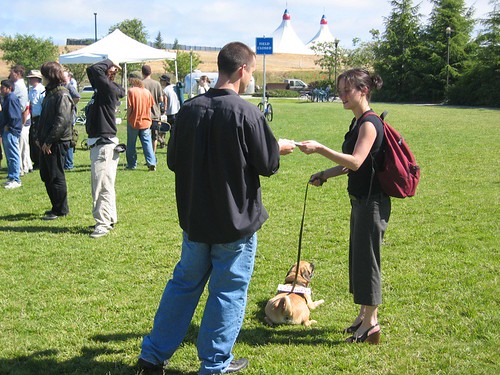 …in his book Parliament of Whores, P.J. O’Rourke lays out the Babe Theory of Political Movements:

Best of all, there were hardly any beautiful women at the [Housing Now!] rally. I saw a journalist friend of mine in the Mall, and he and I purused this line of inquiry as assiduously as our happy private lives allow. Practically every female at the march was a bowser. “We’re not being sexist here,” my friend insisted. “It’s not that looks matter per se. It’s just that beautiful women are always on the cutting edge of social trends. Remember how many beautiful women were in the anti-war movement twenty years ago? In the yoga classes fifteen years ago? At the discos ten years ago? On Wall Street five years ago? Where the beautiful women are is where the country is headed,” said my friend. “And this,” he looked around him, “isn’t it.”

I’m not sure how much credence to give the theory, but I found it nonetheless heartening to see the number of babes at the rally:

It wasn’t all hotties though. As is usual at libertarian events, the modal attendee (myself included) was “geeky white guy”: 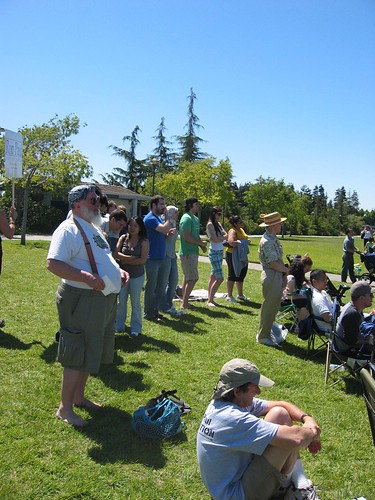 Overall, I estimate over a thousand people attended the rally.

Ron Paul is now prominent enough that he warrants his own secret service agent: 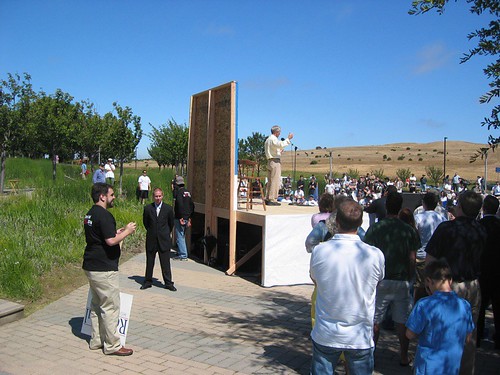 The City of Mountain View provided at least two officers as well: 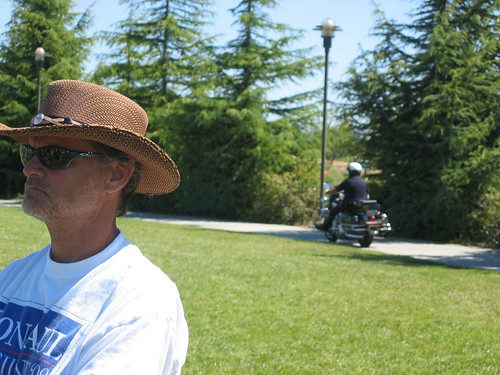 It was also nice to see that at least some libertarians are reproducing: 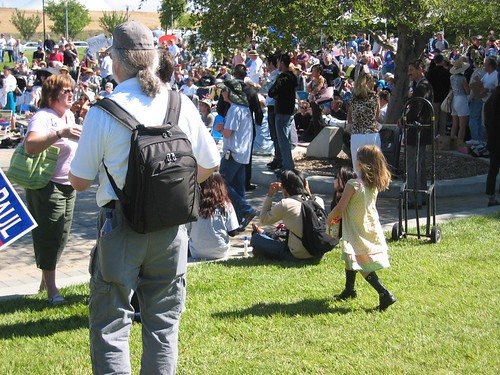 The guy on the left is named Dan. He was responsible for setting up the sound systems and the music. Thanks, Dan! 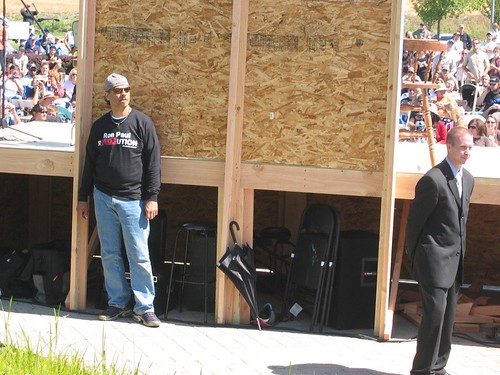 The woman in the front row to the left of the tripod is Kathy McGrade. She is responsible for organizing the event and the luncheon that followed. Thanks, Kathy!