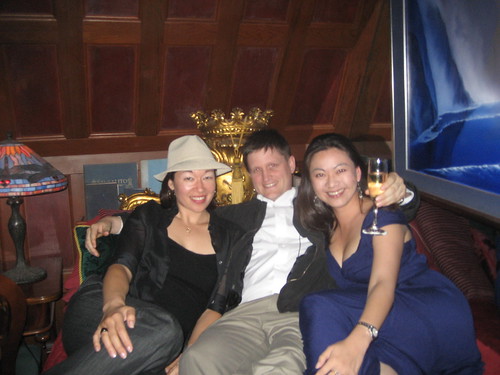 Kim, me, and Gayle in the women’s restroom on Forbes Island.

I’m not sure where to begin, so I suppose I’ll begin with the boysenberry pie. It was delicious, especially with a cold carton of 2% milk. That’s what I ate at the Pilgrim Kitchen, where, two weeks prior to the conference, Patri, Gayle and I met to discuss how we were going to organize the workshops at the conference.

The next two weeks were quite busy, as we wrote our speeches, ordered the t-shirts, the schwag bags, made the signs, planned the kayaking trip, made reservations for dinner on Forbes Island, and nailed down all the other niggling little details that go into a conference.

The night before the reception on Thursday, I stayed up all night, working on my speech, and doing some work that had to get done before I took off for the conference. It didn’t help that the market decided to go nuts that week. I had planned to meet at Gayle’s house at noon, to print out the welcome packets, and do some final planning. But it took longer than I expected to run errands (picking up signs, flip charts, etc.) so I didn’t make it out there at all. Instead we all met at the hotel at 5:00 p.m. to set up for the reception.

The hotel looked beautiful–in the center of the hotel there’s a large atrium with 30 ft. living palm trees, surround by a koi pond. All the service staff were very helpful. Lexi and Gayle manned the reception desk, as Patri and I set up signs and in the room we were going to use the next day. The signs looked great! Kudos to Justin Owings for the design and Fastsigns for making them.

Eelco H. and Mike K. were a big help in getting the conference room ready. Vince Cate brought a model of his Water Walker, which Gayle launched in the hotel swimming pool. 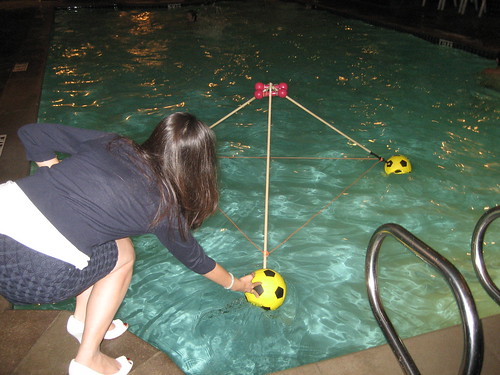 Everyone seemed to enjoy the conversations at the reception. I slept really well the night before the conference, and got up early the next day to finish setting up. The flip chart paper had sticky backs, so we put them up next to each table, like giant Post-It notes.

Soon, it was time. I introduced Patri, Gayle, and Wayne. Patri gave his inspirational “vision” talk, which was followed by the engineering presentation by Alexia A., one of the engineers at the firm hired by TSI to design the prototype. Unfortunately, Alexia was soft-spoken, and I was sitting to the side so I couldn’t see her slides. Patri then talked about the opportunities for a VC-funded seastead ($15 - $50 million range).

Then lunch. Gayle and I stayed in the room to watch everyone’s computers. Afterward, Wayne and Vince talked about some of their ideas for low cost seasteads, and Patri discussed his plans for Ephemerisle, a “Burning Man at sea”-like event off the coast of California. Finally, I gave my talk on some of the U.S. laws that seasteads from the U.S. might have to deal with.

After each presentation, we had the audience spend half an hour or so brainstorming problems and solutions related to each topic. Gayle was superb at keeping the flow of the workshops going, and eliciting feedback from the audience. By the end of the conference, the giant Post-It’s were filled with ideas.

The following day, we were originally supposed to go kayaking around the houseboats of Sausalito, but the trip was canceled due to the wind. Instead, we met at The Ferry Building and walked to Pier 39. Patri won a water bottle from some marines by doing 17 static pullups.

In the evening, we had dinner at Forbes Island restaurant. Forbes Island is an artificial floating island built by Forbes Thor Kiddoo. It was originally built to be his home, and he lived there for 23 years before converting it to a be a restaurant in 1999. You get to the island by calling up the ferry via a gray phone at Pier 39. Forbes himself pilots the ferry. Among other things, the island sports live palm trees, a two story lighthouse, and a white picket fence.

But the coolest part of the island has to be the ladies room.

The antechamber used to be the master bedroom for the home. It still has a bed inside. The picture at the beginning of the post is Kim, me, and Gayle lounging on the bed.

Everyone seemed to be pleased with the conference overall–several people came up afterward and complimented us.

It was exciting to meet so many interesting people. Most of the people I met seemed highly accomplished (CEO of 700+ person automated tool company, Google engineers, etc.) I’m looking forward to next year’s conference, which will be held back to back with Ephemerisle.

The crowd was male dominated (probably 9:1 male:female ratio), so it would be great if we could find a way to make it more appealing to women. Unfortunately, I suspect that it will continue to be male-dominated until there are successful, profitable seasteads in existence.

* Start early, at least six months in advance. This will make it easier to reserve the hotel on a weekend, and give more time to invite speakers, practice talks, and generate publicity.
* Find a less expensive venue.
* Find a better way to have people pay for drinks at dinner. There was some grumbling at the final cost of wine ($34.00/head). Perhaps negotiate a max price in advance?

That said, I consider it a success. Thanks to everyone who helped! 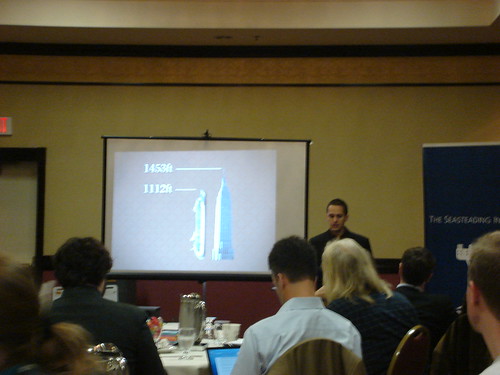 Patri giving his talk, with a slide comparing the size of a modern cruise ship with the Empire State Building. 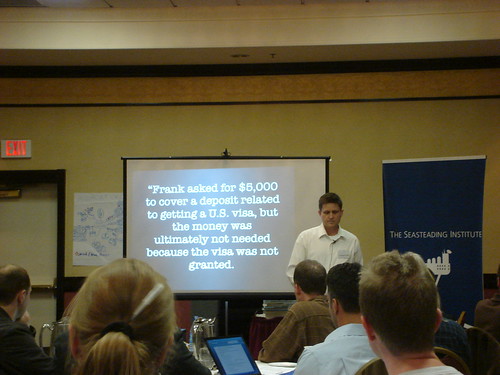 Me, giving my talk. 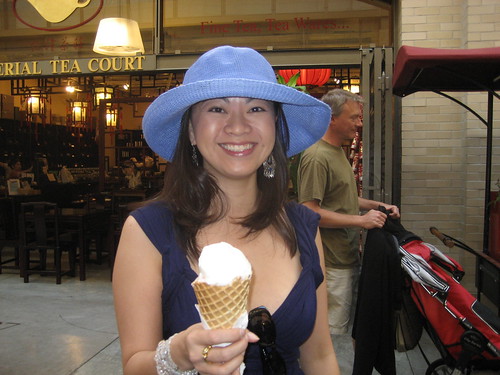 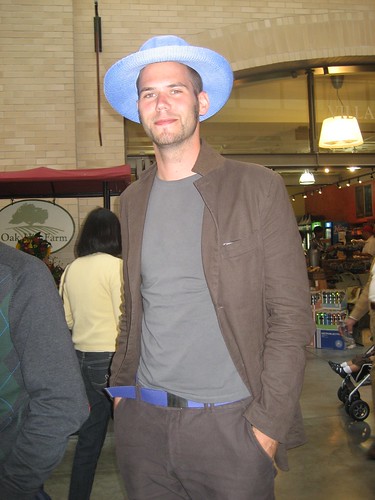 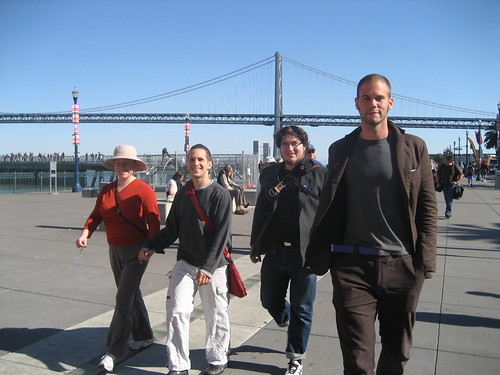 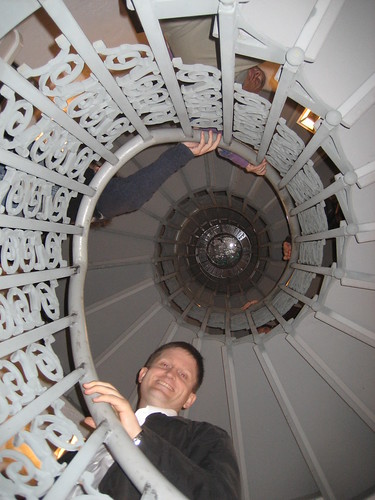 Climbing the lighthouse on Forbes Island. 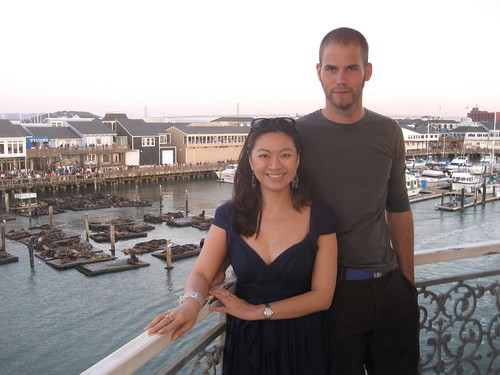 Gayle and Eelco on the deck of Forbes Island. 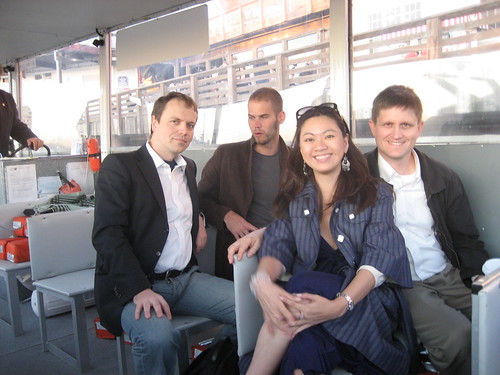 On the ferry to the island.

Group photo with a statue of a pirate wench on Forbes Island.